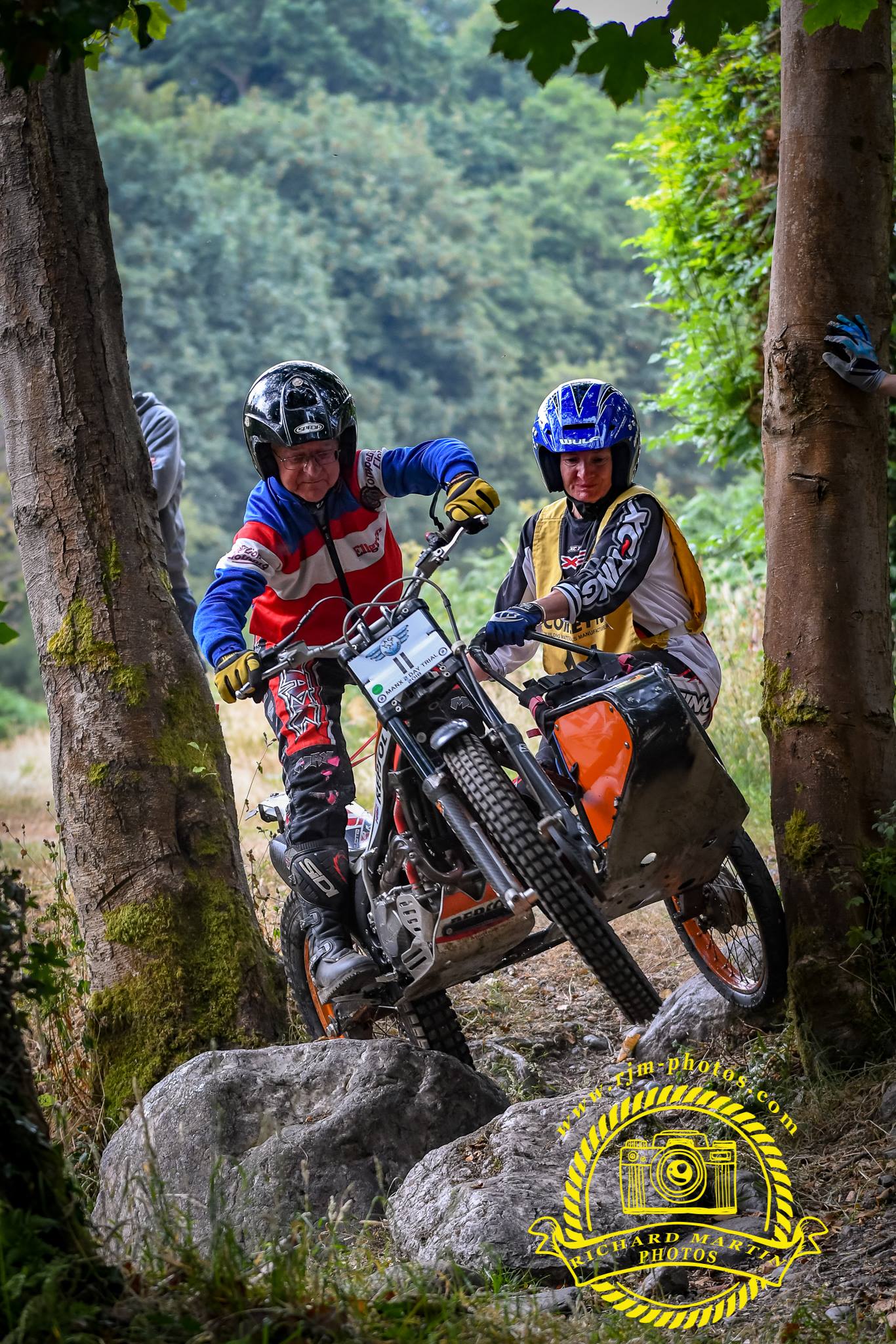 It was a weekend of success for Manx riders in the Manx 2 Day Trial with Barry Kinley, taking his second premier solo class victory and Nigel Crellin & Chris Molyneux taking the Sidecar class.

Barry was overnight leader and extended his advantage with some fantastic riding throughout Sunday to finish the weekend with a loss of only 17 marks. Second place, losing 32 marks, went to Josh Hanlon from Northern Ireland who also won best under 21 and best newcomer. Completing the podium was Ben Sprigg from Leamington on 40 marks, with Juan Knight taking fourth just one mark behind.

The sidecars proved to be a very close competition as usual with all the crews gunning for Crellin/Molyneux. In the end they managed to complete the weekend for the loss of only 1 mark, four clear of second place father and son pairing Rupert/Chris Kimber with another local crew Gary Flowers/Sophie-May Hardie taking third.

In the supporting solo Clubman class it was best over 50 rider, Nigel Crowther who took victory losing 13 marks for the weekend, six clear of a tie for second between Jake Hanlon and Stephen Murphy, both from Northern Ireland. The decision went in favour of Hanlon on tie break, with Jake’s Uncle, Phillip Hanlon a further mark behind in fourth. Best local rider in the class was Joe Yeardsley who finished 10th.